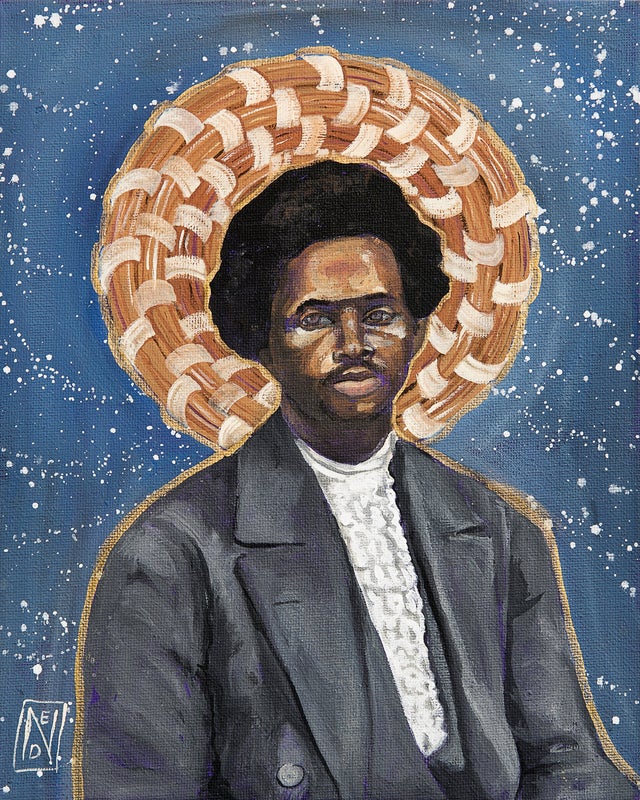 12" x 18" print. Robert Smalls was born enslaved in Beaufort, SC. His father was, most likely, the slave owners son. He is best known for stealing a confederate ship in Charleston and sailing it, at great peril, south to Beaufort and turning it over to the Union army that was located there. He later went on to become a prominent business man and a state legislator. There are many photos of him, but I based this painting on a photo of him as the young, brash man, who took that huge risk in the name of freedom. This was the 2nd painting in the Sweetgrass Saints series. The original has found a home.